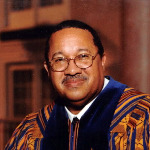 Dr. Johnny M. Hunter was born in Goshen Hill, South Carolina, in the back room of a house sitting on a hill. He is the grandson of James McClurkin, a descendant of a slave and a slave owner. The house still stands to this day and so does Dr. Hunter for the gospel of Life.

As an ordained Minister of the Gospel, Dr. Hunter is one of the pioneers in the ProLife movement. His efforts through the venerated Life Education And Resource Network (L.E.A.R.N.) has inspired many others to champion today’s most fundamental human rights–the right to Life. As President of L.E.A.R.N., Dr. Hunter has devoted his life to awakening the black church and the black community to the holocaust of abortion.

Dr. Johnny Hunter is an inspirational speaker, educator and consultant. For thirty years, he has given the invitational sermons at national Christian conferences, church celebrations and youth meetings. His fervent style of speaking is sought after for national banquets and conferences. Dr. Hunter has also spoken on college campuses across America and in South Africa. He is regularly sought after to advise and counsel new pro-life and pro-family organizations. He has been called upon to serve as a facilitator for racial healing and reconciliation.

The Primary reason that Life Education and Resource Networks (LEARN) exists is to ensure the survival of people of color and encourage Judeo-Christian family values when addressing bio-ethical issues. Our expertise comes in the form of the most valuable resources of all, human beings with experience. For those needing healing, we have those who have been healed and medical doctors whose work is healing.

Those working with LEARN have an opportunity to save the minority community which is on the verge of extinction. Data taken in 2004 set off the alarm; the birth of African Americans has dropped below replacement level. In order for a people to sustain themselves, they must have 2.1 children per couple. African Americans have 1.9 child per couple. This level is silently annihilating our communities. 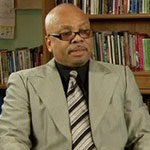 Pastor Clenard Howard Childress, Jr., a lifelong resident of Montclair, New Jersey, joined the New Calvary Baptist Church in September of 1974 under the pastorate of Dr. Shellie Sampson. In 1978, he was appointed Director of the Youth Department, to organize and educate youth. He also served as Chairman of the Board of Trustees, Superintendent of the Sunday School Department and Vice-President of the Outreach Ministries.

Pastor Childress successfully completed Northern Baptist School of Religion in 1986 where he majored in Christian Education. He was ordained in 1988 by the North Jersey Shiloh Association and later installed as Senior Pastor of New Calvary in April of 1989.

In 1997, Pastor Childress, along with his wife Regina, founded the Eutychus Mission, a ministry designed to provide continued rehabilitation and assistance to recently released juvenile detention detainees back into the mainstream of society. In October of 1998, Essex County Executive James Treffinger honored Pastor Childress’ faithful and effective work at the Essex County Juvenile Detention Center by installing him as a Chaplain. In November of 1998, he founded the Celebration of Life Day Care Center, which provides loving Christian care for children from infancy to 5 years of age. In August of 1999, Pastor Childress was appointed President of the Life Education And Resource Network (L.E.A.R.N.) in Northeast Region. He was a chief organizer of the “Say So” March to the U.S. Supreme Court in Washington, DC.

In November of 2000, Pastor Childress was awarded the Community Service Award by the Montclair Chapter of the N.A.A.C.P. for his dedicated work in the community. In May 2001, Pastor Childress began broadcasting “The Urban Prophet” taking the pro-life pro-family message into the urban areas. In September of 2002, Pastor Clenard H. Childress Jr. birthed the Pro-life website Blackgenocide.org. This website was designed to reach the Afro-American Community with the truth about abortion. In January 2003, Pastor Childress was appointed a member of the National Pro-Life Religious Council of Washington, DC. In March of 2003 Pastor Childress was appointed to the Board of The Center For Bio Ethical Reform. The Center for Bio Ethical Reform is a National Group that is dedicated in educating the nation and foreign countries on the rights of the unborn. In January 2004, Pastor Childress was appointed President of the Montclair African American Clergy Association (MAACA). On January 23, 2005 Pastor Childress having been recommended by his peers and approved by the Board of Scholars of the National Clergy Council of Washington Dc in conjunction with the Mid-Atlantic Conference of the Methodist Episcopal Church –USA, received The Honorary Degree of Doctorate of Divinity. In March Of 2006 Rev. Clenard H. Childress authored his first book No Shepherd’s Cry. Pastor Childress and his book were featured on the 700 Club hosted by CBN’s Pat Roberson.

Pastor Childress Jr. has repeatedly been featured in World Magazine and has contributed commentary and editorials for Christianity Today, The Christian Post, Black Christian News, The Washington Times and New Jersey Star Ledger and is a regular columnist on Alan Keys Renew America. 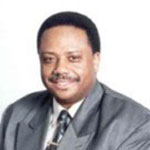 Reverend Ceasar I. LeFlore III is both an Associate Pastor of the New Community Church and the Executive Director Beloved Community Development Coalition a faith based non-profit organization operating in the South Suburbs of Chicago, Illinois. He has served as Midwest Regional Director of The Life Education and Resource Network (LEARN), and as Executive Director of The African American Family Association.